Quite a while ago I was in a dining hall waiting for a meal. I found myself next to a fellow we’ll call John. We had chatted briefly the day before and realized that that both of us were a part of churches, so John began telling me about a man who had shown up at his place of worship several years before. 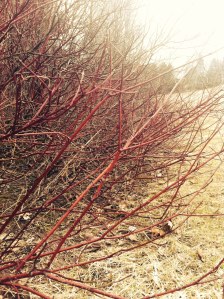 The fellow was going through a very challenging divorce. There were children involved and all kinds of financial complications. He desperately needed someone to talk to. He also needed a place to work on his truck, so one day John invited the guy over to use his garage. They worked on the vehicle and they talked. They did this a few more times until the guy moved out of the province. Some time later John managed to reconnect with the guy. When they met John was given an enthusiastic hug and the fellow told him how important those simple conversations had been at that earlier time in his life.

John didn’t tell me the story to brag about himself. His point was just that there is all kinds of good things a church can do with an open door. What I was interested in, though, was how John was able to connect so well with a fellow who just showed up one Sunday morning. It’s one thing to have an open door, but it’s another to have a church full of people who can care for others.

I remember John looking at me for a moment, and then saying “I think it was because of my children.” As we stood there waiting for the line to move, I asked him what it was about his kids that made such a difference. In response John told me a story about the high hopes he and his wife had for their children and the devastation they experienced when they realized each child had a deeply debilitating condition. One child was deprived of oxygen at birth and suffered severe brain damage, another began losing her vision and having serious seizures before she turned five. One died in his teens, the other, never able to walk or read, died in her early twenties. “Going through that taught me how to listen,” John said. “I know what it’s like to be frustrated with God.”

I stood there for a while and then told John that I couldn’t imagine how challenging that must have been. I said that each day must have taken courage. “Yah,” John replied, “what kept me going was knowing that God never gives us more than we can handle. Other people have it much more difficult than my wife and I did.” He give me some examples. Then he concluded by saying how amazed he was at the things God had taught through the situation.

I left that conversation with a deep respect for John and with gratefulness that his faith in God’s loving providence kept him going. Yet there was something about it that didn’t seem quite right. Here’s what I think it is: if as a general principal God limits our suffering according to what we can handle then it would have been much better for John and his family if he had been a total wimp. Being the kind of guy that is too squeamish to change a dirty diaper or being the sort of person that gave up after the least little challenge would have made the whole situation much better. If John had been a wimp then according to his reasoning God wouldn’t have let him or his kids suffer at all.

I think this idea that God doesn’t let us suffer beyond what we can handle is drawn from I Corinthians 10. However, if you look at that passage you’ll notice that it’s meant to encourage readers who are suffering. It’s not intended to become a universal principle about innocent suffering. 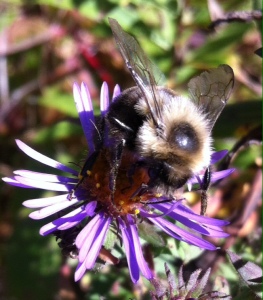 Even so, we often couple this general idea with other biblical passages that speak to the way suffering can help develop our character and come up with the idea that God causes and even personally tailors our suffering.

I think this is deeply misleading when it comes to our spiritual lives. And it is profoundly unhelpful when it comes to our grappling with the suffering of innocent people in a world created by a loving God. It makes no sense to say that the God who took on human flesh and suffered on the cross would do things like that. What possible good could outweigh the suffering caused by the violence we see in a place like Syria? What good could come from cancer or MS or AIDS that would possibly be worth the suffering and death of so many people?

In these middle Sundays of July the gospel readings for our Sunday worship come from Matthew 13. There are two familiar parables in this chapter. This Sunday we read the one about the farmer who sowed seed on different types of soil. Next Sunday we’ll read the parable about the weeds and the wheat. I want us to listen for something a bit different in these parables than we usually do. I want us to think of the questions we have about suffering and evil. What I’m going to suggest is that the Scriptures, these passages especially, contradict the way we often think about God and suffering. My reflections on this have been guided by the thinking of Tom Long, former professor at Candler School of Theology.

Now, before we turn to our reading from Matthew, let me ask you this: How do you usually think about suffering? How do you put it together with what you believe about God? Here’s my guess, you might not be quite this formal but it’s probably something like this. You work with four assumptions:

These are the usual building blocks of our thinking on this topic. We begin here and then we often back ourselves into a corner. We say that if God is all-powerful and all-loving then surely God would stop the hell that washes over the pages of history and the datebooks of our lives. . . . Since God doesn’t, we either live with the idea that our faith is intellectually suspect or we reject it. We simply reject the first assumption. We conclude that God must not exist. If that’s where you’re at, you’re not alone. This is where lots of smart, reflective people are, and it’s pretty close to the way the philosopher David Hume states the problem.

If we don’t end up rejecting the first assumption (that God exists) and we still want to make some sense of things, then we generally get rid of one of the other assumptions. We say God is not all that loving, but is more like an impersonal force. Or maybe we say God isn’t all that powerful, a force for good maybe but not really one worth worshiping. Or lastly, like my friend John, we say that what looks like evil is really something good in disguise—an education, character building or whatever.

So much for this being a simple summer sermon. If it’s not that, hopefully this will at least give you something to think about as you sit in the shade this afternoon. That’s what I want us to have in the back of our minds. Now let’s look at this passage from Matthew.

Jesus is sitting in a boat by the shore. A crowd has gathered on the beach to hear him speak. He begins like this: “Listen! A sower went out to sow. And as he sowed, some seeds fell on the path, and the birds came and ate them up. . . .”

method or another, God spreads the word in the lives the creatures who were made to serve as divine representatives. God spreads the word in us. It’s intended to grow. Why would a farmer plant seed if he or she didn’t want it to mature? And yet the birds come and eat it up. Jesus goes on to say that two other types of seeds failed as well. There was the stuff that fell on the rocky soil and the stuff that tried to grow up through the thorns. God is only one for four. (Still, sadly, a higher average than most of the Blue Jays.) On most measures God is a failure.

We usually read this parable to point out that we need to keep our hearts open and receptive to God. We need deep roots. We need to be careful about going after money, sex and power. We need to be careful about becoming crotchety and hard-hearted. Those are all good lessons, but let’s step back from the picture for a moment. If our usual ways of thinking about God’s power are true then why doesn’t God just get rid of the thorns or send some little creature to tile up the soil? Why does God fail so much?

Here’s the only thing I want to leave with you now: What if our usual way of thinking about God’s power isn’t quite right? We think of power as the ability to intervene in a system and get the results we want. What if that’s simply not who God is? What if God’s power is different? What if there’s something more going on in this parable than the result the farmer wants and the power to get it? What if this parable is beginning to show us something about a God that simply doesn’t work the way we would expect?

What if the way we ask the question about innocent suffering and God assumes to much?