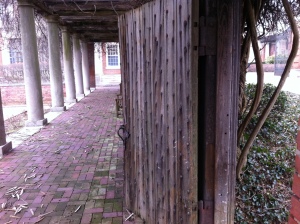 This was not said to the man. The man felt slighted and so he determined to show his value to his neighbours, so he fertilized his lawn and planted some new perennials. The woman, though, was finally feeling as though she had neighbours who took her seriously. She wanted to keep it that way, so she had her driveway paved and her shabby mailbox replaced. But then the fellow built a new porch and replaced the siding on this home. The woman had dormers put in and added a picket fence. The man, then, bought some handsome carved lions for the end of his driveway. The woman decided to employ a handsome guard with a red jacket and a bearskin hat. The man bought a new car and then a second one, he threw a lavish Halloween party for the whole block. Then the woman . . . whatever. I think you’re seeing the picture I’m trying to create. It’s a picture of competition. It’s a picture defensiveness. It’s a picture of people driven by the sense that their acceptability depends on what they do. It’s a picture of competition and the sense that everything depends on getting this right and coming out on top.

In our world the competition runs on the stuff we own, our career, our social connections, the strings we can pull or maybe the letter of acceptance we receive. Or maybe it’s whether or not we make the top 20 under 20, or 30 under 30, or 40 under 40 or, at least, the top 50 under 50. The desire to assert ourselves over others is so pervasive that it even shows up in charitable work. What serious celebrity doesn’t have their own charity? What ambitious person doesn’t have some side project raising money for something cute? For instance, my wife and I are continually raising money to support several cute monkeys that have colonized our home.

In a world like this religion can be just a trick to get what we want: proof of our superiority.

This morning we heard a reading from Matthew 22 and 23 about Jesus’ encounter with a lawyer who asked him to define the heart of the law. Obviously, the regimen of competition was different during Jesus’ time, but the desire for some to assert themselves over others was still there. It showed up in the ways various groups vied for cultural dominance.  They disagreed over the fundamental question of how best to live. Was life best lived by attending piously to the law and the traditions that surrounded it? That is what the Pharisees thought. They believed there was a body of information, a whole bunch of dos and don’ts, in addition to the Torah that needed to be obeyed. There was another group, a little more conservative, who rejected new theological ideas like heaven and angles. They were the Sadducees. They were wealthy people and leaders in the temple. They thought it best to compromise with the Romans to preserve what they had. There were other options and other groups.

It was in this context that a lawyer approached Jesus with a question. The same story is told in the gospel of Mark. In Mark the questioner is referred to as a ‘scribe’. In the gospel the man’s question is received by Jesus as genuine and well-intended. Matthew represents a slightly different memory. Mathew understood him as being in league with the leading cultural voices. Matthew sees his question intended as a trap to pull Jesus into the game of moral competition.

What we don’t realize from the Bible alone was that Jesus was not the only one to have received this question. Someone once requested that the rabbi Hillel “teach me the whole Torah while I stand on one foot.” It was another way of asking for a moral ranking. Rabbi Hillel died shortly after Jesus was born. Apparently even ancient teaches had to deal with short attention spans: teach me everything while I stand on one foot. Hillel’s answer was this: “What is hateful to you, don’t do to your neighbor. That is the whole Torah, the rest is commentary.” Another rabbi said something like this: “love and righteous deeds are more important than every other command in the Torah.” 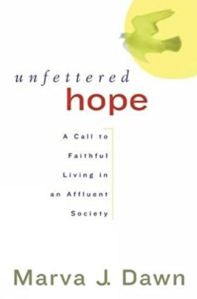 Marva Dawn, a Christian theologian and teacher describes the love of God and neighbour is a “focal concern” of the faith. What she means is that everything else we do as Christians feeds into or stems from: love God, love neighbour. Our world is full of information, full of various groups trying to “raise our awareness” about an endless list of things. The words of Jesus here are so radically simple and radically focused that they have the potential to cut through all that stuff. Let’s think a little further down these tracks.

You know Jesus didn’t just say love God, love your neighbour. He said Love God with your “heart,” that is your καρδία or the part of you that is the source of your thinking and your love. He said, love God with your “soul,” or your ψυχή, which is the part of yourself that feelings and desire come from. He said, love God with your “mind,” or your διάνοια, that is your intellect. The point is to be comprehensive. You don’t just offer God part of yourself. Following Jesus isn’t just a spiritual thing, it also involves your intellect. It isn’t just a rational thing, it also involves your feelings and the things you love. That’s how we are to love God.

But what about your neighbour? You love your neighbour, Jesus says, as you love yourself. The assumption is that you love yourself. Some of us might need to start there, learning to love ourselves, God’s image-bearers who are deemed worthy of love and dignity by God. Remember, what Jesus is talking about isn’t what you do so that God will love you. Jesus spoke to a people who already believed they were claimed by God. They were claimed by God and called to be ambassadors of the Divine, so they wanted to live up to that calling.

The people Jesus spoke to were used to specifics. They were used to a moral list. This list included the dos and don’ts related to the clothing they wore, the food they ate, their sexual relationships, their business dealings, their health, their farming practices, their hygiene, even what they did with their poop. And that list was the basis for who was in and who was out, who was honored and who was shunned. In the face of that list Jesus gives them: love God, love neighbour; just that, love God, love neighbour.

Jesus undoes morality. Jesus is against a type of morality that becomes a competition. Jesus is against a morality that lets us rank each other. The religious and cultural leaders were looking for a competitive answer to how the law was to function. They wanted to know when they were doing it right and when someone else was doing it wrong. Jesus undoes this by pointing, not to a list of things to do and not do, but an ongoing activity, a way of being that could never be entirely quantified. If love God, love neighbour is the focus of how we make our way in the world, we simply cannot compare our value or our acceptability to that of someone else.

One of the things I’ve observed in my years in the church is that we are tempted again and again to assure ourselves of our place in the order of things through our morality. Don’t think only of a pious conservative person here; think of the progressive too, the person who is constantly on the lookout for some new political cause to get behind. We want to live rightly. And the shadow side of that is our desire to live better than others.

The challenge is that both conservative and progressive causes, even if they are good in themselves, can be fueled by resentment. Neitzsche, if you know his work, has something important to say to us. We can do our best to perform and succeed and to be above reproach according to the code our social network, all out of the motivation of getting back at other people or proving ourselves.

This is a key part of what Jesus’ teaching ministry exposes. It’s why in the next chapter he accuses the scribes and Pharisees of creating heavy burdens for others. They were so serious about being holy that they made life extremely difficult for those who weren’t professional do-gooders. He says too that the scribes and Pharisees, these leading lights of public morality, were so obsessed with the appearance of goodness but they neglected their internal life. It was as though they cleaned the outside of a cup or bowl but ignored the dirt in the places that mattered most.

Let’s notice again where Jesus begins: his teaching on living well doesn’t start with something we can do in the morning and then forget about, like brushing our teeth or getting a bit of exercise. It doesn’t involve an obligation that we can fulfill and then leave, going on a pilgrimage or doing a year of voluntary service. And Jesus doesn’t begin with something we can avoid, like causing suffering or spending time with the wrong sort of people. Jesus begins with something that seems to have very little to do with morality at all: love God with your whole self. There is no way to be competitive with that. There is no way to do that out of resentment for others.

Then notice where Jesus goes: what stems from this love for God is not a list of things we can do better or worse than others. And, please don’t miss this, it isn’t something we can do for some people against others. Jesus goes on to say that the problem isn’t so much the specifics of the things the Pharisees recommended, but the way in which they did them. The cause of justice we support may well be good, but why do we pour ourselves into it? Is it because we love the Source of all Life? Is it because we love those people more vulnerable than ourselves? Or are we another neighbour caught up with proving our value or caught up with being better than those we resent or caught up in an allegiance to a moral system?

What the words of Jesus offer us today is an opportunity to check out of the game of moral competition. It’s an exhausting game. It’s a devastating game. 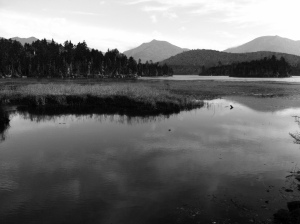 Love God, love neighbour—it might upset our sense of morality. It might not give us the raw data we need to know when we’re good enough. But Jesus says everything else—the whole rigging of our lives and the prophetic call of justice—hangs from those two anchors.