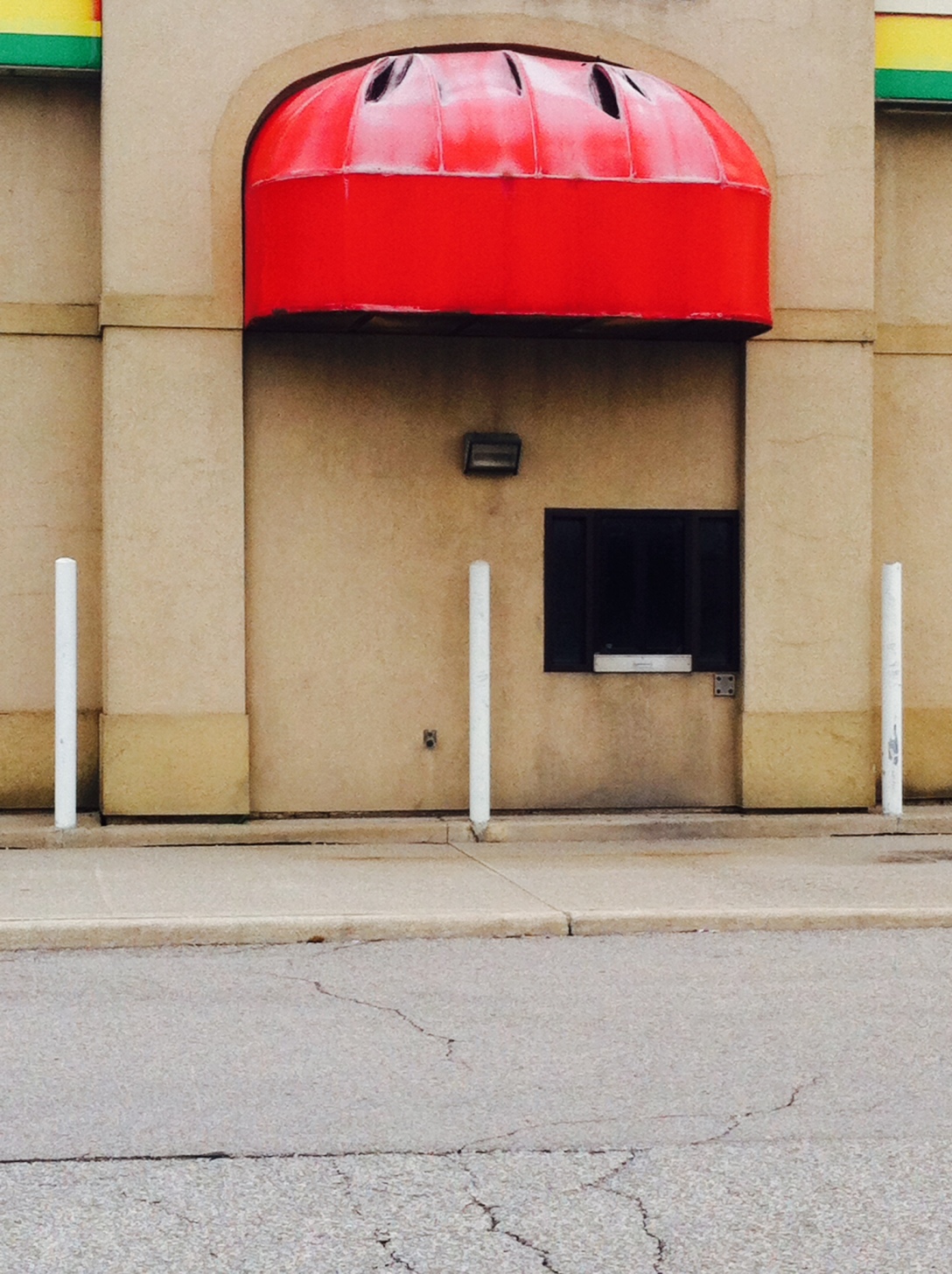 The piece I’m referring to was written by Jonathan Merritt. He, in turn, is summarizing the findings of a recent survey of some 1,000 American adults. (Yes, this is another one of those “it’s true for them, so it’s probably true for us” things.) What the study found was that 6 out of 10 people only had conversations on spiritual matters once or twice or maybe a handful of times in the entire previous  year. Merritt is suggesting that we are living through a linguistic sea change. Analysis of the material digitized by Google, stretching from the 16th century to our own, shows that in the last 100 years the use of religious and spiritual words has been undergoing a precipitous decline. This doesn’t just apply to big words like ‘salvation’ or ‘sin’. It also applies to everyday words like ‘love’, ‘patience’, ‘gentleness’, ‘kindness’, ‘thankfulness,’ and ‘faithfulness’.  We simply don’t use those words as often as we used to. In fact, the use of kindness words has dropped by more than 50%; the use of words like ‘humility’ at just about the same rate. 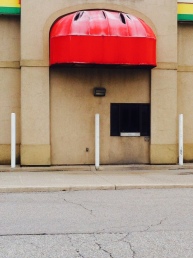 Now, of course, it may be that some of this can simply be accounted for by shifts in vocabulary. We use the secular word ‘inclusive’ today in places where our parents probably would have used a more robust word like ‘loving’ or ‘kind’. But still, something seems to have shifted. Merritt’s claim rings true at time when our political discourse has become so coarse that it exhausts most of us.

Our readings from Job and from the gospel of Mark beckon us to get serious about one of the spiritual words we’ve been neglecting, the word ‘humility’.

In I Peter the writer wraps up a long bit of advice with the general instruction, “all of you must clothe yourselves with humility in your dealings with one another, for “God opposes the proud, but gives grace to the humble.” That last part, the part that probably sounds familiar, is a rough quotation from the third chapter of Proverbs. Scripture advocates humility from front to back.

The gospel of Matthew contains a passage similar to the one we read from Mark. In Matthew the focus on humility is sharpened. You might remember the story: the disciples come to Jesus and ask him, “Who is the greatest in the kingdom of heaven?”

Even if our reading from Mark doesn’t use the word ‘humility’, the substance is still there. Jesus’s students are quarreling over who should have the most honored position in his economy. Jesus says, “You know that among the Gentiles those whom they recognize as their rulers lord it over them, and their great ones are tyrants over them. But it is not so among you; but whoever wishes to becomes great among you must be your servant.” In the economy Jesus represents, an economy that privileges humility over hype, power is used for service. Power doesn’t go away in that economy. But it is put to use for the good of others.

One of the stories I’ve been absorbed in lately is that of the British efforts to map and climb Mount Everest in the 1920s. 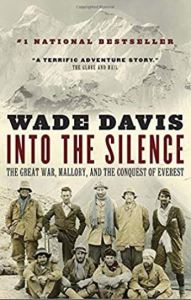 It’s a fascinating story that really ends with a “cliff-hanger.” Did George Mallory, the greatest climber of his generation, die on his way down from the summit of Mount Everest in 1924 or while still on his way up?

We don’t know. If he died coming down, it means that Edmund Hillary and Tenzing Norgay weren’t the first people to climb the mountain, which they did in 1953. Rather, they were the first ones to climb it and get back alive.

But this question is (sadly) an aside.

What stands out as I learn more about this story is how terribly, for the most part, the British expedition leaders viewed anyone not from their same social class. They often spoke horribly of their Tibetan porters, for instance. During the preparation for one expedition a climber named George Finch was essentially put on probation. It wasn’t because he failed an alpine test. It was because he didn’t go to an elite college; because he came from a colony (Australia); because he studied science in university; and because he worked on his own climbing boots. They thought Finch should have hired a cobbler, as any sensible aristocrat would.

George Finch was one of the most qualified and fit men in the empire. And he would go on to develop the oxygen apparatus that would propel many Himalayan ascents. In the early 1920s, however, all the British leaders could see was a man who didn’t fit into their hierarchy of people entitled to the glories of exploration. A little humility wouldn’t have just made them nicer; it would have made them more successful.

So what is humility? I kind of like the way the Reformed pastor John Piper defines it. “Humility,” he says, “is the opposite of a sense of entitlement.” If our basic orientation is “you owe me,” then we obviously aren’t humble. Piper’s definition should probably be balanced by pointing out that humility is not the same thing as shame. The secular preacher Brené Brown points out that shame is a problem because it gets in the way of genuine connections and fuels anxiety.

The lectionary has tied our gospel reading from Mark with an Old Testament reading from Job. Job is a philosophical book. It explores the age-old question of why the innocent suffer. The book of Job begins with a fantastical premise. It asks us to imagine a man who had done nothing wrong. The first verse of the book says Job was “blameless and upright.” The book then furthers the fantastical setting by asking us to imagine the heavenly beings gathered together for coffee and conversation.

God turns to one who is known as The Accuser, and brags about Job’s holiness. The Accuser argues that Job is perfectly good only so long as God keeps him perfectly safe. God puts on a bit of swagger and tells The Accuser to put Job to the test, “just don’t kill the test subject.”

And so The Accuser does: Job’s oxen and donkeys are carried off by the Sabeans; a comet obliterates all his sheep; the Chaldeans steel his camels; a tornado knocks down the house where his kids are partying and none survive.

Job, still upright and perfect, realizes he didn’t have any of this ‘stuff’, shrugs his should and and says, “The Lord gave, and the Lord has taken away; blessed be the name of the Lord.”

Then the Accuser goes after Job’s health and afflicts him with a terrible skin disease. By then end of this second scene of the book Job is sitting on an ash pile scraping his sores with a broken plate. The rest of the book is a conversation between Job, God and Job’s buddies. Job’s friends say he must have done something wrong and should be ashamed. Job believes he is innocent, and thinks he is entitled to an explanation from God.

Back and forth the argument goes. What both Job and his friends want is a world that makes sense. They want a world where the good are entitled to flourish and where the evil are punished. The trouble is, as the authors of the book of Job know and as we surely know, that is a circle that can’t be squared.

Our reading from chapter 38 is where God responds to Job. God responds but doesn’t answer Job’s questions: “Where were you when I laid the foundations of the earth? . . . Can you lift up your voice to the clouds, so that a flood of waters may cover you? Can you send forth lightening?” What Job gets is an invitation to humility.

If God opposes the proud but gives grace to the humble, let us walk in God’s grace.

Even as we are thankful for this world, we ask that you would preserve it. We ask that governments, businesses and citizens would all be moved to be good stewards of our home.

And God, this morning, we think of the many around the world who have been forced from their homes by violence. Be with them as they travel. Given them rest and security.

This morning we pray for friends and for other members of the OMC community. We think especially of (bulletin).

May your grace be with them; may your people support them.

Finally, we think of ourselves and those closest to us. We also count on your mercy and your faithfulness. Amen

[1] As is often the case, the development of this sermon is not a solo affair. Thanks to JW for connecting me to Merritt’s NYT piece.