Some time before, Zechariah had drawn the short straw. He had been chosen by lot to carry out the priestly duties in the most holy, and most dangerous, part of the temple.

Different time and different culture, but this time of year we see fellows who have drawn the short straw too. They are the ones in the Christmas parade carrying the shovels, following the horses.

It was different for Zechariah. For him drawing the short straw may have meant that his colleagues clipped bells to his robe and tied a rope to his leg. If the bells stopped ringing his colleagues knew he had been struck dead and had to be pulled out by the rope. As it happened, Zechariah was not struck dead. He did, though, have a strange encounter. He saw an angle. The angle said that he and his wife Elizabeth would have a son. This son would “make ready a people prepared for the Lord.”

Elizabeth’s friends thought the son should be named after his father. However, Zechariah was told that the child’s role was not to continue the family line.

It was to point, as though with elongated finger, toward something new, toward someone new. So the son would be called John.

Let’s hear again the two final verses of our first reading. This was Zechariah’s prophecy, uttered upon John’s birth. These two verses divide on the fault-line of present reality and future hope. Zechariah said,

By the tender mercy of our God, the dawn from on high will break up on us, to give light to those who sit in darkness and in the shadow of death, to guide our feet into the way of peace.

Present reality: sitting in darkness and in the shadow of death.

Future hope: a light dawning from on high and feet guided in the way of peace.

Making our way in the world is difficult business. One of the things that makes it so is a choice that seems to be forced upon us. Positively, we might describe it as the need to choose between love and truth. Negatively, it feels like the choice between not-caring and being overbearing. It feels often like the choice between saying “whatever decisions you make are fine for you” or saying “you make some pretty dumb decisions.”

A year or so ago a leader of another faith community described something similar to me. She said, “my community likes to think of themselves as welcoming and hospitable. They talk about appreciating diversity. However, I can’t help but think that there are limits. If a supporter of Donald Trump would show up, for instance, that welcome would probably evaporate.” She said, “I don’t think it’s possible to welcome everything and everybody. But on the other hand we don’t want to be mean.”

Does this sound familiar? It feels like we’re living in a time when there are two options for making our way in the world, two silhouettes: either we can be cocky, gruff and stand for something or we can be nice, passive and pretend we have no views on what it means to live well.

And of course we apply this same thinking to God. One famous critic of the dominant Christian theology in the last century said that we have this tendency to think that speaking of God requires nothing more than speaking of ourselves—in a very loud voice. That is, we have a tendency to think that God is pretty much like us, just more of whatever we wish we were. And so I think that not only do we feel that we have to choose between being morally passive or morally domineering, but we think that God also has to be one or the other.

It’s in this space of forced choice and stark opposites that these readings from Luke achieve a unique power. They speak of a different option for moving forward, neither passivity nor force. They speak of God’s tender mercy. There is no mercy without a vision of the good. Maybe the best word for us to hold in our hands is ‘gentleness’.

And oh did they need an alternate vision. John’s people, those in Judea at least, lived entirely within the bounds of the Roman Empire. The independence enjoyed by their recent ancestors under the Hasmonian dynasty had been swept off the board. 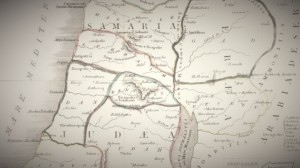 Judea was a client state, enjoying only as much freedom as Rome saw fit to give. To pacify the restless Jews, the Romans had installed Herod. The man was a supposedly a convert to Judaism. However, neither his life, not that of his sons, showed much evidence of such a conversion.

Roman forces were garrisoned in Jerusalem under the command of the local governor. They were there to keep the peace and keep the taxes flowing to Rome. That was money that funded things like the Twelfth Thunderbolt Legion, based in nearby Syria. Years later that force would sweep through Judea in an effort to put down a massive revolt.

But in John’s day the political pressure fractured the Jewish population of Judea into competing parties: some advocating for outright political rebellion; some for a compromise, a Roman-Jewish synthesis that meant little but didn’t offend the major powers; others advocated for turning the faith into something private and personal, a faith stripped of its political edge. Some in these political parties literally had knives out for the others.

It was in that context that John spoke: a voice from the wilderness. His voice cut across the assumed options. It was a tenacious voice, a preparatory voice. It was a voice calling for a new course, what he called repentance, a voice conveying God’s tender mercy, what he called forgiveness.  It was a voice of neither capitulation nor rebellion. Neither leaving things as they were, nor forcing change. It was the voice of good news and tender mercy.

I sometimes recall the day, more than a decade ago, my wife and I drove a rented truck through northern Ontario, highway 17. What I remember most is a sound: a little thunk, one and then another, then more and more until it sounded like heavy rain on a steel roof.

It was the sound of our truck smashing the bodies of small creatures—dragonflies. 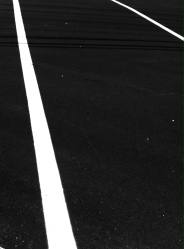 The dragonfly is a beautiful creature. If you take the time to look at one closely you’ll see its iridescent body and clear wings. It’s a carnivore, named “Anisoptera” for the fact that it has two sets of wings, those in the back larger than those in the front. If you look closely you’ll notice that it’s head is mostly eyes, two massive compound eyes, sort of like thousands of immobile lenses set side-by-side.

The dragonflies had swarmed over the road for some unknown reason, and as we rolled along we killed them by the dozens, or probably by the hundreds, maybe by the thousands. We were simply trying to move our belongings from one side of the country to another. But we became killers. What was the other option, stay where there were no jobs?

Yes, making our way in the world is difficult business. And the prominent voices often make it seem like we only ever have two options: do nothing at all or become pugnacious. Peace as withdrawal or peace through the crosshairs of a drone. Saying nothing or ranting damnation in bold font.